Setsugetsuka (, Setsugetsuka?, lit. "Snow, Moon, and Flowers"), or Setsugekka (, Setsugekka?)'s, Japanese kanji means "beauty of the four seasons" and is the compound of Yuki (, Yuki?), meaning "snow", Tsuki (, Tsuki?), meaning "moon" and Hana (, Hana?), meaning "flowers", which is often used as oral reading words, although is traditionally used in the order of Tsukiyukihana (, Tsukiyukihana?) as native Japanese words. It comes from the Japanese source text phrase, "I remember you especially when the snow, moon, and flowers are beautiful" (雪月花の時 最も君を憶う,, Setsugetsuka no toki mottomo kimi wo omou?), which is the cognate of the Chinese phrase, 雪月花時最憶君, 雪月花時最憶君?, from the old Chinese poem, "A Poem Sent to Yin Xielu" (寄殷協律, 寄殷協律?), written by the Chinese Tang Dynasty poet and government official, Bai Juyi. Setsugetsuka is a topic of the three-fold theme of the seasons of the year: snow; winter, moon; autumn, and flowers; spring, in art and design that was borrowed from old China and became popular during the late Edo period in Japan. It is referred to as "the three white objects" which refers to each of the three symbols, snow; white, or blue-white, moon; white, or yellow-white, and cherry blossoms'; white, or pink-white, colour of being white. 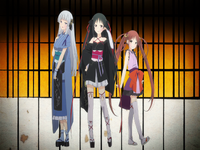 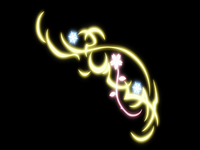 Retrieved from "https://unbreakable-machine-doll.fandom.com/wiki/Setsugetsuka?oldid=30945"
Community content is available under CC-BY-SA unless otherwise noted.