Magnus (, Idainaru Mono (Magunasu)?, lit. "Great Person") is a character of the Unbreakable Machine-Doll series. He is a puppeteer, mage, and puppet craftsman studying at the Walpurgis Royal Academy of Machinart as a third year student on a Machine Technical Vocational course; his automaton is the Squadron; Hotaru, Tamamushi, Kamakiri, Kagerou, Himegumo, and Mitsubachi. Magnus is a One-man Force (, Hitori Guntai (Wanman Fōsu)?, lit. "One Person Armed Force") who controls the Squadron simultaneously. He is the most sterling student in the Academy, being hailed a genius since he began studying in it, and is considered to be the closest person to win the Wiseman's Throne. Magnus is a member of the Gauntlets, one of the Rounds, ranking 1st. His registration code is Marshal (, Gensui (Māsharu)?, lit. "Field Marshal"). Magnus is being assumed by Raishin Akabane of being Tenzen Akabane, and in the Facing "Cannibal Candy" Arc, received from Raishin the ash of Nadeshiko Akabane. In the Facing "Elf Speeder" Arc, after Charlotte Belew's first assassination attempt on Edward Rutherford, he was made by Edward into his bodyguard. Magnus is referred to as Monster (化け物, Bakemono?) along with Edward. He is one of the candidates foreseen by Father Time.

Magnus (, Idainaru Mono (Magunasu)?, lit. "Great Person") was derived from the Latin word, magnus, meaning "great". It is not the true name of Magnus and is only used to address or refer to him due to the greatness of his capabilities.

Magnus is a young man who strikes as a gallant figure but has an air of composure around him. He has a fair complexion, a sharp and angular shape medium built body, and a tall height. Magnus has long straight unkempt layered black (dark brown) hair extending to his shoulders, with left side swept bangs, and has red eyes. He wears an asymmetric silver mask that has a crimson wing-like design on its right side part and an opening for his left eye extending vertically downward to his face, that, in the anime and in the light novel, covers the part of his eyes to the part of his nose, and in the manga, covers most of his face, an epaulette that has an arrow-like shape grey shoulder piece, with gold trimmings at its top and its bottom, a gold rimmed red crystal and gold fringe wings attached on a rectangular gold buckled silver belt strapped on his right shoulder connecting across to a square gold buckle attached to a gold stud of a rectangular gold buckled silver belt strapped around his hips, a square gold buckled gold trimmed black arm band strapped on his left arm, and a red lined flare collared black cloak that has epaulettes that have gold trimmed rectangular red shoulder pieces extending to arrow-like shape grey extensions, with gold trimmings at its top and its bottom, gold rimmed red crystals, and in the manga, attached dangling square buckles, gold fringe and gold aiguillettes that are strapped horizontally into each of them, with a tasseled strap dangling at his left, and a grey embattled pattern design at its bottom together with a student uniform composed of a tailored standing collared single-breasted black waistcoat fastened with three small gold buttons vertically lined at his left over a tailored open collared long sleeved white dress shirt, with grey cuffs, a pair of greyish brown trousers, and a pair of silver shoes.

Magnus is a member of the Gauntlets, one of the Rounds, and as a qualifier, he wears a pair of pearl-white (dark brown) first-class silk fingerless gloves, that shimmers with a brilliant lustre under the light, with a diamond-like shape opening and a crisscross strap detail on its top, fastened at its cuff with a gold snap. On the cuff of one of his gloves are the words, [Marshal], in a refined calligraphic script, woven with beautiful gold thread.

Magnus is a calm and composed person. He is acutely knowledgeable, keen, and insightful of his surroundings.

Magnus was crossing the street along with his two automata when Raishin burst out from the Cafeteria and called out to him. Magnus halted and then asked Raishin who he was. Raishin answered and then announced to Magnus that he had something to give him. In a split second, he was then surrounded by Magnus' Squadron. Raishin clarified to Magnus that he only wanted to give him a gift. Magnus then commanded his Squadron to withdraw. Hotaru took the bottle from Raishin and gave it to Magnus who thanked him and left along with his Squadron. Magnus and his Squadron then headed to the Technical Vocational Building when Magnus stopped upon seeing Kimberly who was awaiting him. Kimberly asked him of his impression of Raishin, and Magnus gave his opinion. Kimberly suddenly noticed the small bottle Magnus was holding and asked what it was. Magnus replied that it would probably be ash. Kimberly then asked Magnus why Raishin gave it to him, and Magnus explained to her the reason. Kimberly further inquired, but Magnus did not reply and then finally excused himself. As he made his way, Kimberly intercepted, tauntingly asking him to clarify if his automata were Banned Dolls. Magnus indirectly answered affirmingly and then finally left.

Puppet Craftsman (人形師, Ningyōshi?): Magnus, at such a young age, is a very skilled puppet craftsman being at the level able to create Banned Dolls that if the puppet craftsman Maestros at the workshops caught word of his skills they would be depressed.

Magnus' full appearance in the anime. 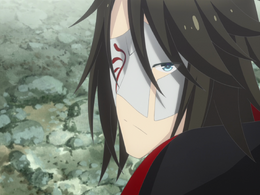 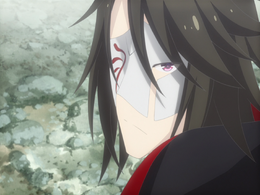 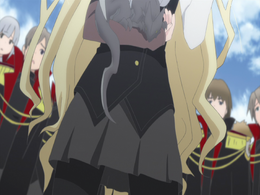 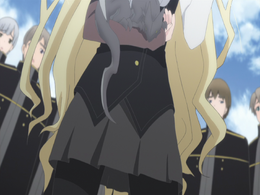 Retrieved from "https://unbreakable-machine-doll.fandom.com/wiki/Magnus?oldid=30244"
Community content is available under CC-BY-SA unless otherwise noted.